A PLAN B THANKSGIVING

ReCharge Devotional In the Midst of Confusion 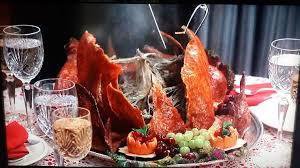 Read: Psalm 40: I waited patiently for the Lord; and He reached down to me and heard my cry. 2 He brought me up out of the pit of destruction, out of the mud; and He set my feet on a rock, making my footsteps firm. 3 He put a new song in my mouth, a song of praise to our God; Many will see and fear and will trust in the Lord.

Jeremiah 29: 11 For I know the plans I have for you,” declares the LORD, “plans to prosper you and not to harm you, plans to give you hope and a future.

Reflect: The year was 2005 and the roads were slick with ice that Thanksgiving. It had snowed the night before but I thought we could still brace the weather and drive to our nephew’s home in Philadelphia for the Stoner Thanksgiving feast. However, my husband Bill’s asthma was bad; every breath was an effort. I could hear the rasp as his lungs labored to fill with oxygen. Hence, we decided go with Plan B for Thanksgiving. The diner down the street had advertised a Thanksgiving Buffet and as our cupboards were bare, we decided to brave the elements and venture out for dinner.

We drove down the block to what we thought would be a blowout of culinary delights. After all, the sign in the parking lot had advertised for weeks what a tantalizing feast there would be awaiting us. However, as we stepped into the diner, we realized that indeed no reservations had been necessary. The room contained only a handful of dispirited guests. We could see there was room for four times the number of patrons. Food could be had by all with abundance.

Bill and I sat down and viewed the buffet area. On one of the makeshift tables was a hodgepodge of trays and warming pans. The chef apparently was not familiar with typical Pennsylvania Dutch buffet fare so the array of foods was rather lame and looked worse for wear. Bill steered clear of the dull overcooked vegetables and turned to the dried-up turkey on its lonely serving platter. The gravy had congealed into a glob of beige mud. The cooking staff must have had difficulty figuring out how to effectively use the warming trays because the gravy and turkey were cold and the other choices were lukewarm at best. It was akin to eating leftovers which have languished in the refrigerator for a week.

When one goes through a meal of disappointments such as this, there is always a bright light at the end of the tunnel: the desert buffet. We have always firmly believed that even the worst meal can be salvaged by a great desert table. We asked one of the serving staff and they said that deserts were not included with the buffet. The light of our hope had been extinguished – no deserts.  In Lancaster County, a statement such as that is akin to telling a small child there is no Santa Claus. We had thought the meal could be redeemed with sugar, but no redemption could be found.

At that point, we began to chuckle. We had experienced an entire banquet of awful cuisine and we had not even needed reservations to relish the experience of unpalatable delights. We paid the check and noticed on our exit a door sign indicating they would like to see us return very soon. Were they possibly suggesting a return visit for dessert? Our giggles became louder and became full scale hoots as we got into the car to drive away from the diner. Bill’s breathing grew more labored with our laughter, but we rejoiced that the sun was shining, we had a warm house to return to, and that we had each other to share the experience with. Just being together was the most joyful thing about the day and we definitely had made a Thanksgiving memory. Our marriage was the desert which God had offered up and we were thankful for it. Plan B Thanksgiving wasn’t so bad after all.

Apply: Are you trying to find a Plan B for your life right now as you navigate through this season? You are not alone. Maybe you had Plan A all worked out, but suddenly have discovered ourselves in the midst of Plan B. The one thought that has personally helped me more than anything is to dwell on the fact that our God is still Sovereign. What we may think of as Plan B is God’s A Game. The trick is to let Him “put a new song in my mouth, a song of praise to our God; Many will see and fear and will trust in the Lord.” The song may be unfamiliar, but God’s Plan B is still way better than my Plan A.