DO YOU BELIEVE IN MIRACLES?

Reflect:     Do you believe in miracles? You know, when things happen that shouldn’t have happened?  When the circumstances are all saying that it will never happen and then, surprise, it does! Today I was watching the White House Summit on Operation Warp speed. It was an opportunity for the President of the United States to thank everyone who participated in this herculean effort. The President had initiated a plan about 10 months ago to develop a vaccine for the virus known as the Coronavirus 19 and to have it delivered to the American people by the end of the year. At the time the plan sounded solid and most people in the county were anxious to see it happen. However, not everyone was convinced. As a matter of fact, most of the scientists who worked on such projects were not hopeful. As much as they were glad to see the American people pulling together to fight this terrible plague, they said the development of a vaccine could take as much as 2-3 years. Well, it wasn’t 2-3 years, it was 10 months. And before the end of 2020, millions of Americans will be receiving the first shots. As the President was wrapping up his comments, he stopped and said “This has been a miracle”.

What is a miracle? There was another miracle that happened to a man by the name of Tischendorf. In 1844, at the young age of 30, this man began an extensive search through the Near East for Biblical manuscripts. One of his first stops on his journey was to St. Catherine’s Monastery, where he enjoyed the hospitality of the monks. One evening they were sitting around the fire enjoying an evening of conversation, when one of the monks got up to stoke the fire with some papers that had been in the waste basket, he noticed that it was a copy of the Septuagint, an early Greek copy of the Old Testament. He retrieved from the basket no fewer than 43 pages (which contained I Chronicles, Jeremiah, Nehemiah and Esther) and was told that the monks had already burned up two full baskets. If Tischendorf hadn’t been there that night, in front of that fire, the church would have been a quite a bit poorer. Now that was a miracle!

I believe that miracles are divine acts which God and God alone perpetrates on His children when it will benefit them or those around them, spiritually. So, is getting a vaccine, which should have taken 2 years, delivered in 10 months a miracle? Is finding books of the Bible, which were centuries old and rare, a miracle? I would say yes, but there is another miracle that is far greater. It happened 2000 years ago, and yes, it was when God became a man and was born on this earth, and lived and more amongst us. Please read that slowly again: “when God became a man”.  Matthew 1:23 “The virgin will conceive and give birth to a son, and they will call him Immanuel” (which means “God with us”). Luke 1:30-31: “But the angel said to her, do not be afraid, Mary, you have found favor with God. You will be with child and give birth to a son and you are to give him the name of Jesus.”

Apply:   During this time of the year, you will be hearing about miracles over and over. People, who may not even be believers, concur that on Christmas day a Savior is born and His name is Emmanuel. But as the church, we must also remember that some 30 years after this miracle happened, another even greater one happened. It was the miracle of the resurrection! What a miracle that was! Christ was raised from the dead.  But according to Paul, this miracle has eternal consequences: “And if Christ has not been raised, your faith is futile, you are still in your sins.” (I Corinthians 15:17) Do you believe in miracles? For the sake of your future, I truly hope so!

Bill is a retired pastor who continues teaching, discipling, and working with children through the church and by substitute teaching. He loves to serve his Lord. 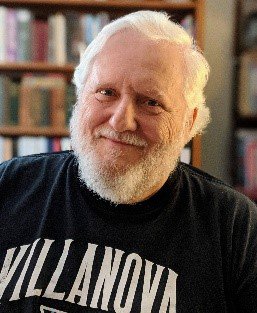