SONG OF THE LAMB

Reflect: We read in these chapters about the apocalyptic battle which will play out in the spirit world and cosmos. It sounds much like Star Wars, Lord of the Rings, and Game of Thrones all rolled up into one, however this is not a movie script, this is the Word of God.  There is the description of the supernatural forces of evil making their final charge to devour and destroy anyone or anything associated with or in community with God. The scenes are filled with larger-than-life vicious beasts and a devouring dragon with supernatural powers taking direction from and carrying out orders from Satan himself. We witness the build-up to the final conflict between Good and Evil.

However, in the midst of this fury of violence and destruction, an oasis of refuge and stability is written in the narrative called the Song of the Lamb found in in Revelation 15:3-4.  The Lamb, so meek and innocent an animal, seems most unlikely to play a dominate or defining role of victory in this intense final struggle for the soul and destiny of God’s Eternal Kingdom. Elsewhere in Scripture the description of the Lamb emphasizes its youth, purity, unblemished innocence and sacrifice. In contrast, we find in Revelation that The Lamb represents the supremacy and ultimate conclusion of the purpose and mission of Jesus Christ. The Lamb is God’s final word of redemption and also terrible judgment. The highest praises, honor and worship are to be lavished on the Lamb! This Song of the Lamb, placed in the future, (Revelation 15) is a reflection back to Exodus 15 where Moses leads the people of Israel in a song of deliverance over the vanquished armies of Pharaoh! God’s victories over the evil foes of His people are ever consistent and celebrated throughout time and Scripture. In John’s inspired writings in Revelation 15, he reflects upon, and draws relevance from, Exodus 15:

·     Triumph of deliverance; thankfulness and preservation to perpetuate the memory of the victory for the ages. (vs.1-2)

·     Destruction of the enemy; proud hard hearts buried in defeat – brought down by defiance. (vs. 4-5)

·     God triumphant; sovereign reign of honor for the future and forevermore. The establishment and security of God’s Heavenly Kingdom. (vs.6-7)

·     Protection for the future; closure of the trials and battles of the past – final victory introduces the New World Kingdom of the future to be enjoyed in the presence of Jesus. (vs.13)

Apply: The book of Revelation, with its supernatural dragon, evil villains, and seven-headed creatures, is at times difficult to relate to and apply to your daily walk of knowing and following Jesus. It is my hope that none of your daily issues are as apocalyptic and intense as those found in today’s text.  However, some of our personal issues or conflicts could benefit from time spent in reflection influenced by the calming spirit and strong presence of the Lamb. It doesn’t matter if our problems are a product of stressful circumstances brought on by the pandemic or forced upon us by an ever-contentious culture. Take time to reflect on Exodus 15:1-18 and compare the reassurances of victory from God found there with the Song of the Lamb found in Revelation 15:3-4. In the midst of stresses in your life may you find that oasis and assurance of peace in the presence of the Lamb.

Fred Stehman is a Charter Member of GCC and serves as Lay Delegate to the Evangelical Congregational National Conference as well as being a member of the GCC Ministry Council. Fred is active in GCC Men's Ministry and actively supports SportXchange Int'l Ministries 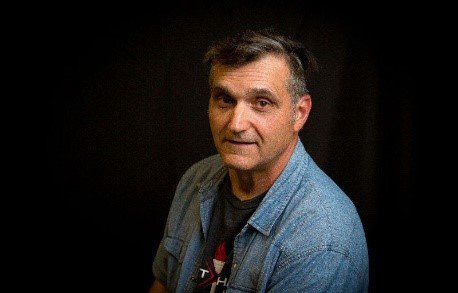